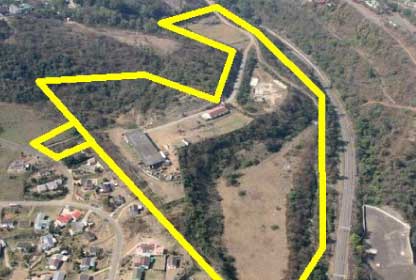 The subject property is set in the suburb of Southridge to the southern periphery of Verulam, which is located inland (west) of the coastal township of Umdloti and north of Phoenix. It forms part of the greater northern corridor and is accessed via the R102 or M56, both of which link to the N2 Freeway and M4 Metropolitan Route to the east. The township forms an integral part of the expanding northern corridor.

The property is set immediately north of the area known as Cornubia. This is currently a large tract of farm lands of approximately 1 200 hectares which stretches south to the N2 Freeway. It is a proposed multi use zone with low cost residential areas to the south and industrial opportunities to the north. The new King Shaka International Airport is under construction and is approximately 12 kilometres north along the R102. There is a large labour pool in the surrounding townships.

The property is set on a south facing slope offering views of the cane farms to the south. The property is border to the east and west by middle to low income residential nodes; whilst the metrorail runs along the site boundary.

The commercial centre of Verulam is only 2 kilometres north. Developments found here are typically of a service retail and office nature. Most amenities and public transport are located within the Verulam central business district. The majority of properties within Verulam are owner occupied. Verulam is approximately a 15 kilometre drive away from the modern amenities offered in Umhlanga, including the Gateway Shopping Centre.

Locality Maps, Zoneing Certificates and Geotechnical Reports can be provided on request! 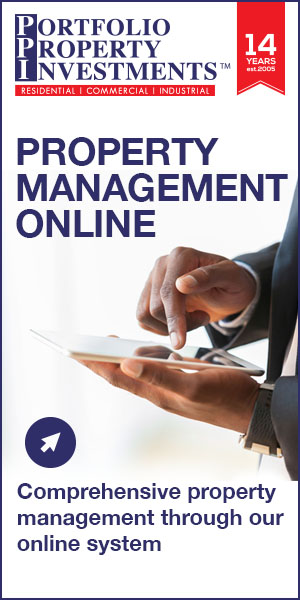 Due to the fact that the above information has been supplied to us by the property owners and other 3rd party organisations, Portfolio Property Investments will not be held liable or responsible for any errors, misrepresentations or omissions. Due to the nature of property transactions it is always advisable that any prospective purchaser or tenant undertake a thorough due diligence of their own.