August saw many take the opportunity to holiday abroad, something made difficult in recent summers due to Covid restrictions.

Despite this, there remains plenty of pent-up demand in the system and supply continues to gradually improve. 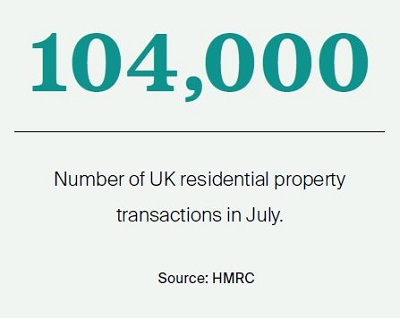 As a result of rising mortgage rates and stock levels, UK house price growth is slowing.

However, the slow pace of deceleration continues to defy expectations due to robust demand almost a year after the stamp duty holiday ended.

Both Halifax and Nationwide saw the annual rate of average house price growth slow in August but at 11.5% (July 11.8%) and 10% (11%) respectively, it remains stubbornly high.

The IHS Markit House Price Sentiment Survey, where a score over 50 represents strengthening sentiment, remains well ahead of its pre-pandemic average despite a slight softening in recent months.

In August +58 of respondents said their home was worth more than a month ago (compared to +61 in July).

Asked what their home would be worth in a year’s time, the majority think more, with an index score of +60 (July +62).

Will positive sentiment endure? The UK economy contracted in the second quarter with GDP falling 0.1%. It returned to growth on a monthly basis in July (up 0.2%) but economists have said the royal funeral in September could lead to a second quarterly contraction, which would be a technical recession.

Whether this would affect sentiment isn’t certain, given that Prime Minister Liz Truss intends to deliver a £100bn-plus package to reduce energy bills, which will come into force from October.

UK monthly property transactions, while down from the record peaks seen last year during the stamp duty holiday, remain 3% head of the fiveyear average to 2019 at 104,000 in July.

In the lettings market, a headline net balance of +50% of contributors to the RICS Sentiment Survey saw an increase in tenant demand in August (a rise on +43% in July)

Alongside this, the latest net balance for landlord instructions came in at -13%, with falling supply across the rental market an ongoing theme. Respondents continue to point to changes in the regulatory and tax environment as key reasons for this.

Encouraging inwards investment is clearly a key plank of the government’s economic policy and proposed corporation tax rises will also be scrapped. That sends an apparently benign message to the rest of the world about the merits of investing in London, including its property market.

The risk the country faces, however, is monetary and fiscal policy pulling in different directions. If tax giveaways stoke inflation, the Bank of England may be forced to raise rates faster, which would hurt demand by making mortgages more expensive.

As the pound reaches new lows against the dollar and pegged currencies, discounts are widening and tempting buyers.

As the new academic year gets underway, demand continues to far outweigh supply in the lettings market in London and the Home Counties.

While new supply was a third below the five-year average in August, the number of new prospective tenants registering was 75% higher.

For landlords, the clear conclusion is that it won’t become a tenants’ market any time soon. For tenants, there is still a need to move quickly and decisively due to the stock shortage.

Transactions in the country market will remain strong for the rest of this year. 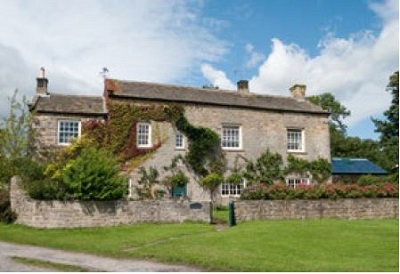 With people taking the opportunity to holiday abroad, something that has been made difficult by the pandemic in recent summers, viewings were down 16% versus the five-year average in August.

However, there is still strong demand in the pipeline and the number of active buyers in the 12 months to August was unchanged on last year.

Meanwhile, offers accepted were up 33% last month versus the fiveyear average, meaning transaction volumes are set to remain high in the coming months.

At the same time, supply continues to build from a low base as buyers look to capitalise on rising prices and act before mortgage rates rise further, which will keep downwards pressure on prices in coming months.

Please get in touch with us

If you are looking to buy, sell or would just like some property advice, we would love to hear from you.

Reports are available at nightfrank.com/research

Knight Frank Research provides strategic advice, consultancy services and forecasting to a wide range of clients worldwide including developers, investors, funding organisations, corporate institutions and the public sector. All our clients recognise the need for expert independent advice customised to their specific needs. Important Notice: © Knight Frank LLP 2022 This report is published for general information only and not to be relied upon in any way. Although high standards have been used in the preparation of the information, analysis, views and projections presented in this report, no responsibility or liability whatsoever can be accepted by Knight Frank LLP for any loss or damage resultant from any use of, reliance on or reference to the contents of this document. As a general report, this material does not necessarily represent the view of Knight Frank LLP in relation to particular properties or projects. Reproduction of this report in whole or in part is not allowed without prior written approval of Knight Frank LLP to the form and content within which it appears. Knight Frank LLP is a limited liability partnership registered in England with registered number OC305934. Our registered office is 55 Baker Street, London, W1U 8AN, where you may look at a list of members’ names.