Property Outlook - Is lower inflation targeting the way to go for South Africa?

The South African Reserve Bank’s (SARB) Monetary Policy Committee (MPC) has historically had a target range for South African consumer price inflation of 3 to 6% annually. This meant that the psychological target for most South African individuals and institutions has been around the upper-bound level of 6% because if inflation and inflation expectations were below this level, it was believed that the MPC would have no course for increasing interest rates. 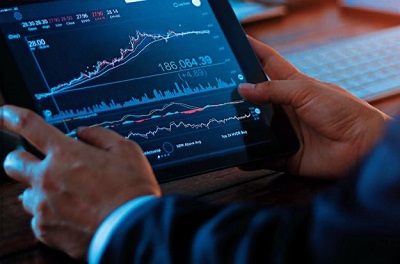 The rationale around having lower inflation in the economy is first, preserving the value of our currency in the long-term, and potentially partially reducing the long-term structural depreciation of the South African rand against our major trading partner countries who are developed economies in the main. This would bring our inflation levels much closer to our trading-partners and would have the potential consequence of a much more stable rand. In turn, the purchasing power of South Africans nominal income would be preserved, allowing for higher levels of real expenditure and consumption.

Second, low-inflation environments are linked with lower levels of interest rates over the long-term. This has the effect of reducing the cost of capital, particularly private credit extensions which are linked to the MPC’s repo rate. Indeed the South African inflation rates moved from levels in excess of 12% in 2008 and 2009, to between 6 and 8 % around 2016 and recently between 6 and 4.5% over the past couple of years. During these same periods, interest rates have declined from levels around 10 to 12 %, to 6 and 7% and 3.5% respectively.

Of course, over this same period large quantitative easing globally has given room for the MPC to cut rates locally as they look to maintain real interest rate differentials with their developed market counterparts. Most notably, the US Federal Reserve cutting interest rates from 5.2% in 2007 to 0.25% by the end of 2008 to counter the effects of the 2008 global financial crises, and most recently between 2019 and 2020 cutting interest rates by 2.25 percentage points back to their post -2008 level of 0.25% to counter the economic effects of Covid-19 pandemic.

Therefore, should the US and the rest of the globe begin policy normalisation, this would pose a problem for South African interest rates as the MPC would also be forced to hike rates locally. Luckily, for the MPC, despite elevated inflation prints in the US, the US Federal Reserve member expectations are for interest rates in the US to remain flat over the next two years, with moderate increases thereafter eventually reaching 2.5% in the long term. They view inflation in the US to be largely transitory. This, coupled with subdued local inflation, allows the MPC to keep rates lower for longer.

The one big challenge for the MPC would be the fact that even though SA inflation is subdued, it is not at 3% , with  the latest July print coming in at 4.6%. Should they adopt this point target, the pathway to getting inflation to 3% may prove very challenging, particularly as the long-term structural SA inflation rate has been around 5% mainly due to cost-push elements such as fuel price inflation and administered costs, including electricity and water prices.

The one tool that the MPC has historically used to subdue inflation has been to increase interest rates in order to rein in and subdue consumer spending propensities and hence demand-pull inflation. This implies that, despite the long-term links between lower interest rates and low inflation environment, this may result in higher interest over the short-to the medium-term in order to achieve this long-term objective. There may not be appetite for higher interest rates in the current environment, particularly as our economy recovers from the Covid 19 pandemic and is expected to be in recovery mode over the next two to three years.

Furthermore, unlike in the developed economies, which have a low duration spread, the spread between the benchmark 10 year SA government bond yield and the three-month Treasury bills is around 4%. This means that for institutions and governments, the lower inflation targeting may not substantially reduce their cost of long-term capital. This is because longer duration bond yields are impacted by the long-term economic outlook and views around the credit default risk significantly more than they are by short-term interest rates and inflation.

Therefore, although a low inflation environment is much more desirable, the pathway to achieving it, the tools used and its translation to lower long-term cost of capital needs to be carefully considered. In its entirety, it would take more than interest rate management to achieve it, including measures on the fiscal side of the economy as well strong expectation management, particularly where administered costs and wages are concerned.