Booming British film industry good news for landlords with “demand through the roof” and rental enquiries set to be up by a third. 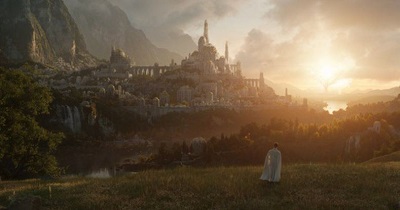 Following today’s news that Amazon Studios is moving production of its Lord of the Rings TV show to the UK from New Zealand, Knight Frank’s latest data shows how the booming British film & TV industry is good news for landlords. The number of rental enquiries and deals agreed from the film and TV industry on track to be more than a third higher this year than in 2019.

This also follows last week’s announcement of plans for a new £700 million film and TV studio in Hertfordshire.

The popularity of the TV boxset is good news for UK landlords. Film industry tax breaks and the weaker pound have boosted activity in recent years, with Hollywood stars taking short-lets in London, the Home Counties and beyond. However, a growing number of high-end television productions means lengthier shoots and longer tenancies.

Plans announced this month for a £700 million film and TV studio in Broxbourne, Hertfordshire, mean activity will escalate further.

“Demand is already through the roof” said Harriet Gore, head of the film and media team at Knight Frank. “The ratio of prospective tenants to available properties is 10 to 1 and higher in some areas. My message to landlords is that if you can furnish your property to a good standard, you can charge a premium of between 20% and 30% compared to the long-let market.”

The number of enquiries and deals agreed from the film and TV industry are on track to be more than a third higher this year than in 2019, Harriet said.

In-demand areas include Notting Hill, Richmond and Belsize Park, where there is already a shortage of houses to let due to the fact many owners have sold in order to capitalise on heightened demand for space following successive lockdowns. Tenancies from the film and TV industry typically range from six months to two years.

The opening of the OMA:X Film Studios in Enfield, north London, this year has driven demand notably higher in Islington and Shoreditch. “Production companies face the same shortage problems in these areas but are competing with corporate tenants,” said Harriet.

However, budgets are down as a result of the pandemic, Knight Frank data shows. In the first six months of this year, the average weekly budget for the film and TV industry fell 2% compared to the same period in 2019, from £2,870 to £2,810.

“The pandemic means productions have been delayed or stretched over longer periods of time, which has reduced budgets,” said Harriet. “On top of that, more TV shows are shooting, which means a growing number of tenancies are being agreed on a long-let basis.”

Although the film and TV industry suffered widespread disruption due to the pandemic, it has bounced back strongly. Figures published by the British Film Institute (BFI) show production spend on films and high-end TV in the UK was £2.84 billion in 2020, down by a fifth compared to 2019. However, £1.19 billion was spent in the final quarter of last year, the second highest ever figure over a three-month period.

The UK government has supported the British film industry through corporation tax reliefs in recent years, which cover the film, high-end television and video games industries. The reliefs delivered almost £8 billion to the UK economy and created 137,000 jobs in 2016 alone, according to the BFI.

In relation to productions based entirely or partly in the UK, the highest-grossing film released in 2020 was 1917, followed by Sonic the Hedgehog and Tenet.

Spend on high-end TV productions reached its second-highest level on record in 2020, despite the pandemic. The BFI said filming took place across most areas of the UK and programmes included War of the Worlds, Becoming Elizabeth and Britannia