Why the end of the stamp duty holiday is a good thing for the UK property market.

Introducing a stamp duty holiday at the height of the pandemic was commendable but it has over-stayed its welcome, says Tom Bill, Head of UK Residential research at Knight Frank 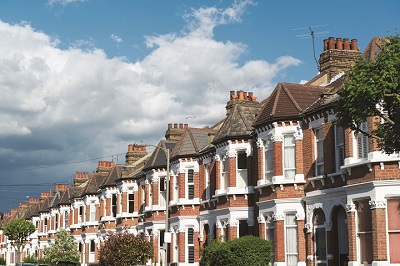 With the benefit of hindsight, the stamp duty holiday was unnecessary. The Chancellor was right to introduce it last July but the notion it is needed to support the country’s economic recovery has not rung true for many months – which is a welcome development.

Would activity in the housing market have been as strong over the last year without the holiday? It is doubtful but we would still be talking about a remarkable year compared to initial expectations.

The general election of December 2019 was the catalyst for the release of frustrated demand that had built during five years of Brexit-induced political uncertainty.While Covid initially put this recovery on hold, it was subsequently amplified as people reassessed their homes during successive lockdowns. Then along came the stamp duty holiday.

Its merits as a way of stimulating wider economic activity are clear but the decision to extend the holiday by six months beyond the original March 2021 deadline is more open to debate.

However, if we remember back to the Budget, which took place on 3 March, it was a time of some uncertainty. Schools had not yet re-opened, less than a third of the UK population had received their first vaccination and a stamp duty holiday had been a welcome boost for those that most needed it.

The introduction of a taper was arguably more significant than the extension. It showed the government had listened to concerns about pressures on the conveyancing system and meant it avoided newspaper headlines about buyers missing the deadline through no fault of their own.

UK house price growth was still only in single digits at this stage but it had been above 5% for seven months and the holiday was already distorting sales patterns.

March was a record month for transactions in the UK and over the year more money was spent in the housing market than since before the global financial crisis. Predictably, sales volumes dropped sharply in April in a similar way to 2016 after the implementation of a 3% stamp duty surcharge for second home-owners.

It has made the true state of the market difficult to assess. It is the equivalent of looking in the mirror at the funfair – you can make out the overall shape but little of the meaningful detail.

However, the stamp duty holiday hasn’t just squeezed transactions into artificially short periods of time, it has also put people off entering the market.

A tax deadline there is no guarantee of meeting, together with stories of sealed bids, over-worked conveyancing solicitors and a shortage of removals vans will have deterred some – exacerbating already-low levels of supply and putting upwards pressure on prices.

Supply did not pick up after Christmas this year in the way it normally does, due to uncertainty over new variants and the fact many families were home-schooling. Ambiguity over missing the original March stamp duty holiday deadline was just another reason not to list your property.

Market appraisals are a leading indicator of new supply and normally build during the first quarter of the year. In the ten years between 2009 and 2019, the number of appraisals only fell once between February and March. That was in 2016, ahead of the introduction of a 3% stamp duty surcharge in April.

This hesitation on the part of sellers highlights how people crave stability. That is true irrespective of any wider debate about the flaws of a transaction-based tax.

In a similar way to rising interest rates, there will be a financial hit from ending the holiday but the wider point is that it signals a return to normality.

Indeed, the second half of this year should see healthy levels of activity in the UK housing market. There is frustrated demand in the system, new supply is starting to pick up and the labour market is stronger than most economists predicted six months ago.

Almost a year after its introduction, there is no sense the Chancellor was wrong to introduce the stamp duty holiday but there is a strong feeling that it has, thankfully, over-stayed its welcome.

© 2021. All rights reserved. Knight Frank Research provides strategic advice, consultancy services and forecasting to a wide range of clients worldwide including developers, investors, funding organisations, corporate institutions and the public sector. All our clients recognise the need for expert independent advice customised to their specific needs. This report is published for general information only and not to be relied upon in any way. Although high standards have been used in the preparation of the information, analysis, views and projections presented in this report, no responsibility or liability whatsoever can be accepted by Knight Frank LLP for any loss or damage resultant from any use of, reliance on or reference to the contents of this document. As a general report, this material does not necessarily represent the view of Knight Frank LLP in relation to particular properties or projects. Reproduction of this report in whole or in part is not allowed without prior written approval of Knight Frank LLP to the form and content within which it appears. Knight Frank LLP is a limited liability partnership registered in England with registered number OC305934. Our registered office is 55 Baker Street, London, W1U 8AN, where you may look at a list of members’ names.