The stalling property market is in dire need of economic relief, says Samuel Seeff, Chairman of the Seeff Property Group.

The 2016-2018 transfer duty and Capital Gains Tax (CGT) hikes were never going to result in higher government revenue, quite the opposite as is now evident from the sales data, he says. 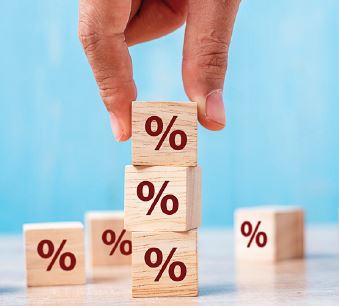 Rather than contribute more in tax revenue, Seeff says that it has had the complete opposite effect to the extent that sales volumes at the higher price bands are just about back to the (pre-REMOVE) 2008 Global Financial Crisis (GFC) levels.

Consider for example that a 1% rate cut on a 20-year mortgage bond of R900 000 bond would have saved about R580 per month and on R1.5 million about R970, savings that could provide a considerable economic boost.

Although the interest rate cut in January brought some relief, Seeff says that it falls well short of what is needed by the economy and property market. There has been ample support for rate cuts since mid-2019 and the Reserve Bank has been overcautious at the expense of the economy.

To reignite the market and economy, we need at least two interest rate cuts from the Reserve Bank during the first half of the year.  More importantly, there is a strong case for the Finance Minister to re-evaluate and reverse the disastrous tax hike, says Seeff.

Pre-2016/17, property was one of the best performing economic sectors. As the market ticked up, Seeff says there was significant growth and an influx of new developments and upgrades.  Aside for the construction and real estate industry benefits and laying the foundation for future growth, the market generated significant taxes for the fiscus.

It is evident from the sales turnover figures that the price bands which have remained unaffected by the tax hikes have continued to be fairly active (i.e. to about R2.25m), although at slightly lower levels as a consequence of the economic decline.

Above that, says Seeff, there is a marked decline and the higher up on the price ladder you go, the more pronounced it becomes.  The high-end luxury areas have really felt the decline with some R2bn lost to the market in Cape Town’s Atlantic Seaboard and City Bowl area alone including foreign buying which has more than halved.

When the market functions normally, volumes and values increased naturally through the forces of demand and supply. This was clearly evident from the 2002-2007 and 2012-2017 growth phases when the market performed well above the GDP growth rates, says Seeff. This of course meant higher tax revenue and it is unfortunate that the government used that opportunity to hike taxes with, as we can see now, disastrous consequences.

Seef concludes by saying that the property market is well poised for growth this year despite the economic and EWC concerns, but needs an economic kickstart in the form of interest rate cuts and a reversal of the tax and CGT hikes.