The average value of a property in 150 cities worldwide increased by 4.3% in the year to June 2018, according to the Knight Frank Global Residential Cities Index.

The Indian city of Ahmedabad leads the annual rankings this quarter, registering a 19% rise. Two other Indian cities also made the top ten this quarter, Hyderabad (16%) and Pune (14%). According to government data the Indian economy grew by 8.2% in the year to Q1 2018 and this is filtering through to housing demand and consumer confidence. 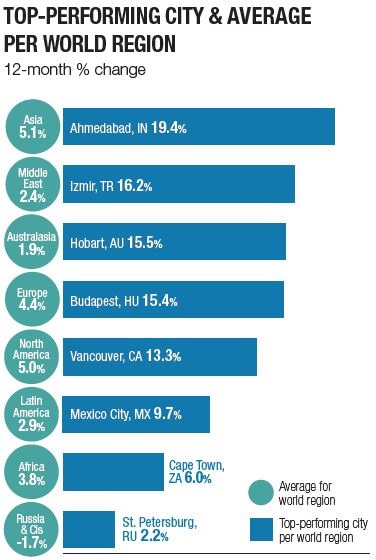 Domestic and international buyers alike have recognised Budapest’s comparative value whilst Dutch house prices, which were falling up until 2013, have undergone a sharp correction.

Of the 150 cities monitored, 123 (82%) recorded a rise in residential prices during the year to June.

Asia is the strongest-performing world region, on average prices ended the year to June 5.1% higher across the Asian cities tracked. In second place was North America registering 5% growth.

Long-term strong performer, Hong Kong, registered a marginal slowdown in annual growth although prices in the year to June still accelerated 15%. At the end of September, Hong Kong’s banks raised prime rates for the first time in 12 years, which is feeding through into mortgage payments, influencing Hong Kong borrowers.

Of those countries where a rate rise has taken place in 2018, a number have a significant gap between their strongest and weakest performing city (16% in Canada, 11% UK, 10% US). With some already registering negative annual growth, we expect any further tightening of monetary policy to be slow and steady.

In some cities, the performance of the mainstream and prime market is diverging. A lack of prime supply is cushioning the top segment of the market in Sydney and Dubai where annual prime price growth is closer to 5.7% and -0.8% respectively. Elsewhere, tax changes targeting foreign buyers or higher stamp duty (Vancouver, Toronto, Hong Kong) has led to slower growth at the luxury end of the market. 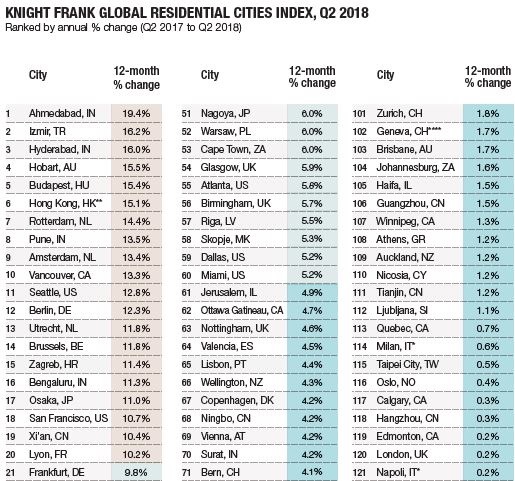 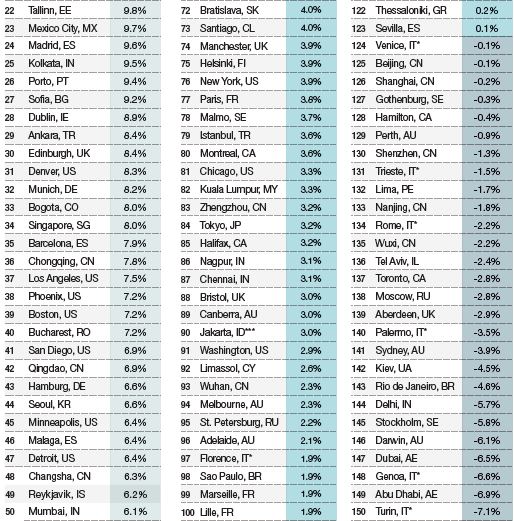