Whether you are an owner, a trustee, a managing agent or an attorney, you will agree that the contributions levied on members by the body corporate are essential to the efficient running of sectional title schemes. Often referred to as the “life-blood” of the body corporate, owners have to pay contributions and trustees, managing agents and attorneys may have to collect them. Every person involved in a sectional scheme needs to understand how contributions work, from the procedures to be followed when they are raised to the consequences of non-payment. 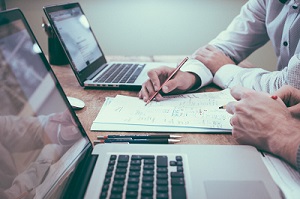 Why are contributions levied on owners?

Each body corporate is required in terms of section 3(1)(a) and (b) of the Sectional Titles Schemes Management Act of 2011 (“the Act”) to establish an administrative fund and a reserve fund, reasonably sufficient to cover its expenses. A body corporate’s expenses include the repair, upkeep, control, management and administration of the common property, payment of taxes and other local authority charges for electricity, gas, water, fuel, sanitary and other services to the building/s and land, any premiums of insurance, and sufficient for the discharge of any duty or fulfillment of any other obligation of the body corporate. Additionally, the body corporate must prepare a 10 year maintenance, repair and replacement (MR&R) plan and pay for its implementation from the reserve fund. Contributions are raised to gather the money necessary to pay for these expenses and usually make up the bulk of the funds credited to the body corporate’s administrative fund.

How are contributions raised?

The outgoing trustees estimate the body corporate’s expected expenditure from both the administrative and the reserve funds in the next financial year  and these budgets are considered at the annual general meeting (“AGM”). Once approved by owners, perhaps with alterations, the trustees meet again to divide the estimated expenditure between the owners and work out what amount each owner must pay as their annual contribution, in what installments the contribution will be paid and what rate of interest will be charged on overdue  payments. The trustees then notify each owner of the amounts due and each owner is then liable to pay their contributions, normally in monthly installments.

How is the quantum of each owner’s  contribution determined?

The approved budgets of estimated expenditure are normally divided amongst owners in accordance with the participation quota (PQ) of each owner’s section. The PQ is expressed as a  percentage to four decimal places worked out, for residential sections,  by dividing the floor area of each owner’s section as shown on the sectional plan by the total of all the floor areas of sections in the scheme. For example, if owner A’s section has a floor area of 50 square meters and the sum of all the sections floor areas is 1000 square meters, then owner A’s PQ will be 5,0000 or 5% because 50 ÷ 1000 = 0,05 x 100 = 5.

However the PQ formula for liability to pay contributions is not absolute; it can be varied if the correct procedure is followed. Section 11(2) of the Act makes it possible for the developer when opening the sectional title register, or later for the body corporate by special resolution, to make rules by which the liability of the owners to make levy contributions is modified so as not to be based on the PQ. But where an owner is adversely affected by the adoption of a rule in this regard, their written consent must be obtained. A rule of this nature could be adopted in a scheme where the owners specially resolve that owners of ground floor sections should not have to contribute towards lift maintenance costs, or where it is specially resolved that owners will pay an equal contributions, provided of course that those owners who are negatively affected give their written consent.

When do contributions and special contributions become payable, who is liable to pay them and what happens when units change hands during a financial year?

Can an owner ever legally withhold payment of a contribution?

If an owner believes for some reason that the body corporate owes him money, he may also believe that he is fully entitled to withhold his contributions, to ‘set-off’ the debt he believes is owed to him. Imagine this scenario:

An owner has had water leaking into his section and the leak is clearly emanating from a defect in the common property. The owner has asked the body corporate on numerous occasions to repair the defect, yet after two months the body corporate still has not done so. The frustrated owner resorts to employing a contractor to repair the common property defect and foots the bill which comes to R15000. His levies are R2500 per month so he decides that he will not pay levies for six months to set-off the money he believes is owed to him by the body corporate. Although this action may sound reasonable it is not legally justified.

One is only entitled to set-off a “liquid debt” once a matter has been adjudicated, in such a case, by a Community Scheme Ombud Service adjudicator or a judge. Therefore an owner cannot simply decide to set-off what he considers to be the amount of his claim against the body corporate by withholding his contributions without the matter being adjudicated. He must continue to pay his contributions and can attempt to recover the money spent on repairing the common property defect by declaring a dispute and applying to the Ombud for relief

Can I ever re-claim contributions that I have paid to the body corporate?

What sanctions do I face if I don’t pay my contributions?

The prescribed management rules set out a ‘sanction’ for owners who do not pay their contributions in spite of a court or adjudicator's order to do so. PMR 20 provides that, under these circumstances, the member is not entitled to vote for an ordinary resolution. However, as this “no vote” sanction is only applicable to ordinary resolutions the owner is still entitled to attend trustee and body corporate meetings, and to speak and to vote for any special or unanimous resolutions. It is clear that this sanction is not really effective and does not act as a deterrent to owners considering not paying their contributions .

An owner who continually defaults in his levy payments is effectively being subsidized by the other members of the body corporate who conscientiously pay their contributions. This is not an equitable situation and the body corporate is obliged to follow a process of notifying the owner that they are in arrears and must pay the outstanding amount within a certain time period, and if they do not, it may apply to the Ombud for a payment order.

If an owner believes that he is entitled to withhold his levy then he should declare a dispute with the body corporate and apply to the Ombud for relief. If an owner is in default for any other reason, he will have to defend himself in an adjudication instituted by the body corporate to recover the arrears and will almost certainly find that he has to pay the outstanding amounts, as well as interest and legal costs.