Property development - in underserved areas: not for the faint of heart

Building in under-serviced areas is tough but the socio-economic payoff makes it worthwhile in the long run.

Underdevelopment continues to haunt too many rural areas in South Africa, making it crucial that government and the private sector work together to tackle it. Cooperation is needed if we aim to address the issues of poverty, joblessness, lack of basic services and other social ills that have become synonymous with rural areas. 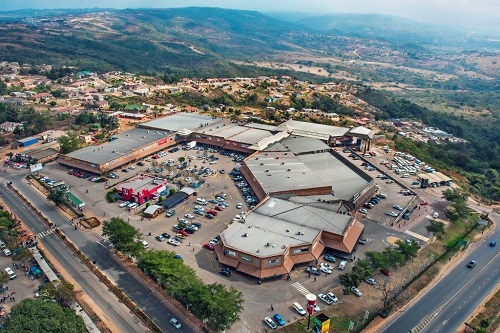 For property development to take place in underserviced areas, a key requirement is basic infrastructure. Not only does this infrastructure have a positive effect on growth and development in rural areas but it is fundamental to creating an enabling environment for vibrant and sustainable rural communities. However, one of the greatest challenges for property developers, who look beyond suburban boundaries, is the often-complete lack of supporting infrastructure. To be viable and to succeed, new-build property needs infrastructure like roads, power, water, and sanitation. Another obstacle in developing in rural areas is the uncertainty that comes with land claims, this poses a great challenge for both developers and funders.

Also, helpful has been the Department of Trade and Industry’s Critical Infrastructure Programme (CIP), a cost-sharing incentive for approved developers, which co-funds the building of critical infrastructure needed before development projects can go ahead. This subsidy goes some way towards lowering the cost of doing business for developers, who would otherwise be unable to carry the extra capital expenditure required for a successful new build to operate optimally. This provision of bulk municipal infrastructure by a developer, on behalf of a municipality, normally takes place when the municipality has limited financial capacity and infrastructure upgrades lag the growth of human settlements.

Numerous rural development programmes and strategies have been introduced since the downfall of apartheid to address rural challenges based on the improvement of rural economic development and meeting basic human needs, but they lacked integrated and coordinated planning. In 2009 rural development became one of the key priority programmes in South Africa, through a Comprehensive Rural Development Programme (CRDP), which aimed to be an effective response against poverty and food insecurity by maximising the use of natural resources to create vibrant, equitable and sustainable rural communities.

Underpinning the CRDP is the land tenure question. Tenure reform legislation should be able to create the basis for an effective and sustainable rural land administration system. Legislation like the Interim Protection of Informal Land Rights Act, the Upgrade of Land Tenure Rights Act and the State Land Disposal Act, creates a nightmare, and is a cumbersome process for developers as a compliance framework. Since the rural community are land rights holders in those areas, extensive consultative processes with the community must take place. This is not only onerous and time-consuming, but creates major obstacles for developers. In rural areas, chiefs are custodians of rural land and when developers seek formal protection of their land rights by way of leaseholds, this creates tension between the rural community, the chiefs and the developers. Once long-term leases are approved by the state, the chief’s authority to administer the land ceases to exit. Because ‘informal’ and customary property systems often provide substantial tenure security for rural inhabitants, but lack official recognition and support from local municipalities, this makes them difficult to service.

The current economic climate does not make things any easier. Developers are aware that retail clients, in particular, are taking strain, leading them to move to smaller outlets and curtail plans for growth, which usually results in a loss of tenants.

On the plus side, Shoprite, Spar, Boxer Superstores, and Pick ‘n Pay remain key anchor tenants, eager to set up shop in new rural and township commercial developments.

One successful commercial project is Elukwatini Crossing in Mpumalanga. It’s Elukwatini’s regional shopping centre, a 26 000m2 development comprising three anchors: Spar, Shoprite and Boxer. This is the kind of development that changes an area and transforms people’s lives.

Before it was built, people who live in the region had to travel up to 150km for access to proper shopping facilities. Because there was no municipal bulk infrastructure in place, everything had to be built from scratch to make the project sustainable.

Similar types of developments are also taking place in rundown CBDs across the country, where lack of investment led to the dereliction of some buildings and a general decline in shopping.

These projects provide employment for the workers who work on them and, subsequently, for those employed in the stores that operate from the centre. Thousands of rural development jobs have come about through initiatives such as building shopping centres and construction of roads and other infrastructure related activities.

More and more often, municipal offices, health services and even places of worship are located close to malls. They provide a sense of community, as well as a pleasant, safe, convenient place for people to shop. They have become a centre where families spend their free time. But, more than that, integrated developments help change the lives of people in rural areas, giving then more choice, better quality, lower prices, and saving them time and travel expenses. They also add to greater circulation of money in these areas, which alleviates poverty.

Our experience has shown that collaborative efforts between government and the private sector are the most likely to be successful. Working with local municipalities can be most helpful when dealing with land tenure issues, as they are able to clear bureaucratic roadblocks.

Property developers, by nature, take a medium- to long-term view of development. And, though we need to be cautious given the challenges, there are many solid socio-economic reasons for moving into underserviced areas. If you are prepared to do the research and to forge partnerships with spheres of government, and traditional authorities, the results can be most rewarding for all the stakeholders.