In death Mr Eugene Terreblache may have made his biggest contribution to the new SA. His murder brought the issue of the struggle words “Kill the Boer” to an explosive climax, and we may all be better off because of it.

Let us re-trace developments a bit.

A significant proportion of South Africans have developed a real irritation with, and for some even fear for Mr Julius Malema. These sentiments found expression in two court applications resulting in gagging orders. So things were already bad enough before the Easter weekend started.

In what must be one of the prime examples of Murphy’s Law, it was followed by Mr Terreblanche’s gruesome murder.

Now emotions are sky high. We are being told that genocide awaits us. British tabloids are telling their readers that machetes await soccer visitors to SA. These reactions are completely over the top. They tell us more about the chattering classes, making these statements than about the state of the country or about SA race relations.

It is very easy to allege a link between Mr Terreblanche’s murder and Mr Malema’s singing. Allegations are a dime a dozen. But until such time, as evidence is produced that the suspected murderers acted, even just vaguely and partly, because of Mr Malema’s song it is simply just that – allegations.

These allegations are statements of opinion not of fact. Opinions do not become facts simply because they are repeated or pithily expressed in cartoons.

Many people have been convicted of farm murders. Not in one case, not one, have the convicted murderers alleged that they did it because of “Kill the Boer” phrases. If they had been so influenced it would have come out in court proceedings – either in conviction or in mitigation of sentence. Surely this simple fact should caution against the consensus that the words “Kill the Boer” incite people to commit murder?

However, it is not about facts, it is about fear. Even the ANC now say that they can see people are afraid of the phrases “Kill a Boer”. So we have White fears clashing with Struggle history.

The way to address this clash (fear vs historical value) is through politics, not through the law courts.

Mr Justice Dennis Davis warned in a prophetic article at the beginning of this year that the courts cannot be used to settle fights between warring political groups or ideas. He called it “lawfare”.

Using the courts to settle political debates is nothing less but a booby trap for the courts, setting them up for politicisation. We have seen evidence of this in the various reactions to the court judgement against Mr Malema – all of them critical of the court and presiding judges. In my opinion the court was the big loser.

Using the courts may not even be a very effective remedy. If you get a court order gagging one song containing the phrase “Kill the Boer” there are 20 others songs with the same phrases; if you get a court order for South Gauteng the song can still be sung in Limpopo or across the border in Zimbabwe; if you gag Malema others can sing it.

But what the court cases and Mr Terreblanche’s death have done is to force the ANC to take note of the fear that many people have and the divisive and destabilising effect that the words “Kill the Boer” do have. Political action is needed to address this, and help defuse the situation. Since Mr Terreblanche’s death we have seen evidence that this is happening.

The ANC will drive this through its structures involving discussion. This is unnerving for many, as they do not find it decisive enough. But that is the process.

In the mean time the media is keeping a beady eye on Mr Malema thus piling the pressure on both him and the ANC to make sure the process happens.

Through all the dust and fury which we have staggered to is a point where, as a nation, we are addressing the clash between White fears and struggle history and finding a mutual way forward.

It is a contribution that Mr Terreblanche probably did not foresee making. 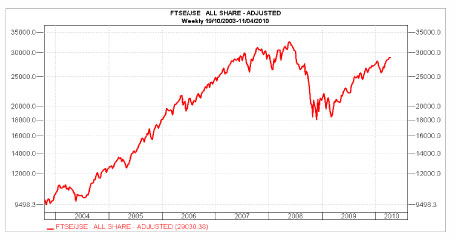