Residential building activity in the South African housing market showed a significant contraction in January 2010 compared with a year ago, despite indications that the pace of contraction slowed down towards the end of last year.

The number of building plans approved for new housing was down in all three segments (houses, flats and townhouses) compared with a year ago (see table below) to a level of 2 483 units in January 2010 from 5 535 units in the same month last year. This came to a drop of 55,1% y/y, or 3 052 units on a year-on-year basis.

On the construction side, the volume new housing units completed was down across all three segments of housing in January, by 52,6% y/y, or 2 507 units to 2 255 units (see table below).

These developments are an indication that the residential building and construction sector is still experiencing extremely tough conditions. Based on trends during the past year and into the early stages of 2010, positive year-on-year growth in residential building activity will not materialise in the short term. 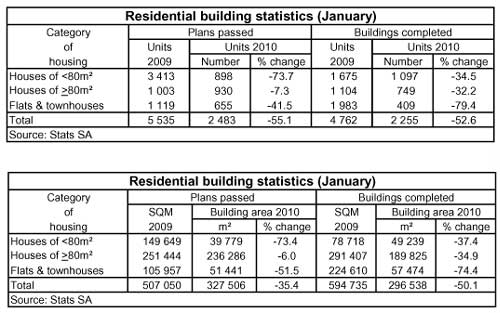 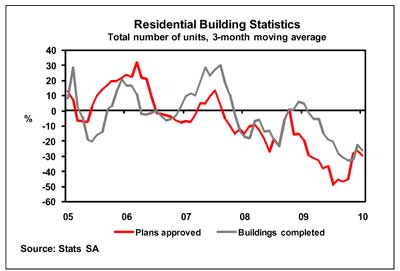 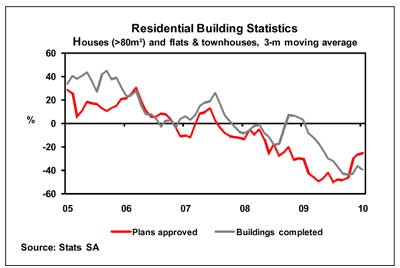 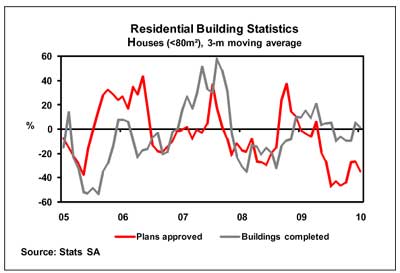