House prices declined marginally in nominal terms in 2009 compared with 2008, according to the latest calculations by Absa. Prices declined in the first half of 2009, but started to rise on a month-on-month basis since May. Taking account of the effect of inflation, house prices continued to decline in real terms up to November last year, although at a much slower pace than earlier in the year. This was the net result of rising prices in nominal terms in the second half of the year, while inflation tapered off to lower levels during this period.

Residential property transaction volumes increased further in the final quarter of 2009 after bottoming in the second quarter of the year. The higher level of activity, as well as rising nominal prices towards the end of last year, came on the back of declining interest rates and the selective relaxation of lending criteria by banks. 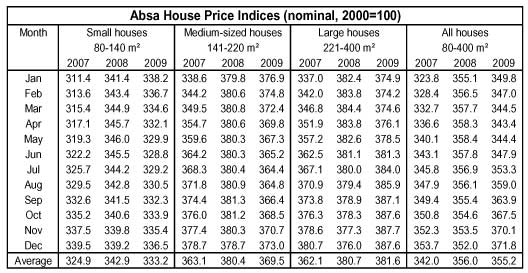 On the economic front, South Africa appears to be out of recession after real annualised GDP growth of 0,9% was recorded in the third quarter of 2009, with growth estimated to have been around 1,5% in the fourth quarter. The economy is expected to improve further during the course of 2010 and record real GDP growth of about 2,5% this year. With inflation forecast to be under upward pressure in the near term, interest rates are expected to remain unchanged for most of the year before being hiked late this year in an attempt to keep inflation under control.

The residential property market is expected to further gradually improve in 2010 on the back of better economic conditions, the lagged effect of lower interest rates and less tight credit conditions. However, the positive effect of the lower interest rates is set to diminish towards the end of the year. In view of the abovementioned developments and expectations, house prices are forecast to rise by between 6% and 7% in nominal terms this year, while in real terms, a marginal increase might be possible on the back of current projections for nominal house price growth and consumer price inflation. 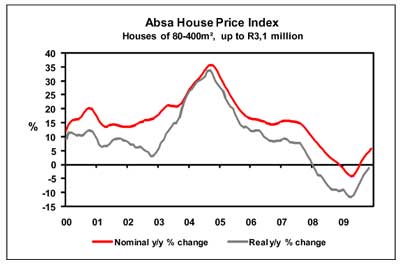 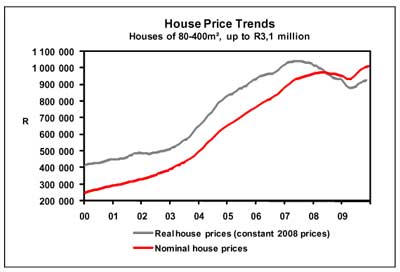 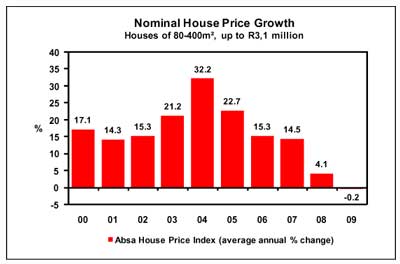