How will Zumanomics Affect Asset Values

This week saw the fourth democratic election in South Africa, and in many ways it may prove to be a watershed election 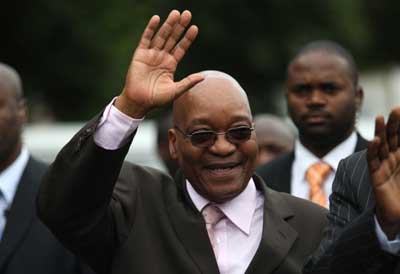 South African economy which is facing global challenges. Since the watershed ANC Polokwane conference, the ruling party which has dominated South African politics since 1994, faced its potential toughest competition from break-away party Cope. The events thereafter surrounding the ANC president Jacob Zuma were pivotal. The dropping of charges against him just before the elections has, in the short-term, removed uncertainty and eased political risk in the eyes of foreign investors. In the long-term however, some may believe that this could also harm SA’s image abroad with a fear that South Africa is sliding away from the democratic ideals it promoted after the end of apartheid.

History suggests there s a good chance the share prices on the JSE will go up after the election. The trend of a rising market after an election was only broken once since the first democratic poll in 1994. This was after the last election in April 2004, when the all-share index lost 8.7% in the first three months post election. Specific grounds are difficult to pin down because they combine short-term investor sentiment and market fundamentals. But a possible reason is that 2004 was the first time the ruling ANC gained a two-thirds majority, after capturing 69.7% of the vote.

We asked a number of experts and strategists what their prediction is for investor sentiment following this year’s elections. On how the election results will affect local investor sentiment, John Loos (Property Strategist for FNB) felt that any potential change has already occurred. “I believe that the likelihood of the customary ANC election victory, and the resultant Zuma presidency, should be more or less fully priced in to the residential property market by now. The Polokwane ANC Conference took place over a year ago, so it is difficult to imagine that anyone would still be surprised by these post-election prospects.”

Jacques du Toit (Senior Property Analyst, Absa Home Loans) felt the same; as did Erwin Rode (CEO of Rode & Associates) who added: “You probably won’t see sustained movements in interest rates or the Rand as a result of the outcome of the elections. However, the cumulative long-term effect of inferior governance has done SA a lot of harm in the form of lack of fixed investment (compared to what could have been) and emigration of skills.”

Rode continued by adding: “Ironically, a Zuma presidency might turn out to be better in certain respects than the Mbeki era. For instance, there is some hope that we will see a return of a degree of merit in appointments in public life. In the short term, the world economic recession has reduced any populist government’s freedom to hand out freebies.”

Alliance’s Chief Executive, Rael Levitt said that since the Polokwane conference “a Zuma presidency was a shoo-in and despite media hype Cope had no chance of immediately producing an alternative government. Investors have been awaiting the Zuma government for over 18 months now and all the election result will do is to focus investors on the future rather than on the past. Local investor sentiment will actually improve from Wednesday”.

The next question to the experts was whether a Zuma presidency would have a positive or negative impact on the property market. Jacques du Toit’s opinion was that it depended on what happened after the elections, and whether there would be major changes to economic and other policies which might eventually impact the property market. John Loos answered: “I believe that the change in leadership of the ANC at Polokwane did have a temporarily negative impact on the residential property market last year, along with the Eskom crisis perhaps. The minority population groups in the country, who still comprise the majority in the highly-traded former white suburban residential markets, tend to get jittery during times of major political change and perceived uncertainty.” He added that periods of heightened concern are nevertheless a reality from time to time, and that 2008 was such a period.

“Information courtesy of the Alliance Group Property Investor Guide, available at all Alliance Group offices nationwide. To find out more, call 0861 ALLIANCE, or visit www.alliancegroup.co.za to download an electronic version“